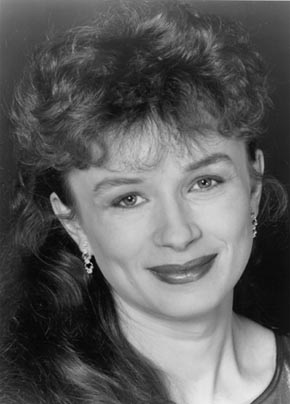 Violinist Marta Szlubowska is the Concertmaster of the Mississippi Symphony Orchestra in Jackson, MS, the position she has held since the 2004/2005 season. She is also a highly-acclaimed soloist, recitalist, chamber musician and a teacher.

A native of Warsaw, Poland, Ms. Szlubowska gave her first public performance at the age of seven at the Warsaw Philharmonic Hall. At thirteen, she was chosen to represent Poland on a tour to Great Britain, performing as a soloist with the Szymanowski Liceum Orchestra.

In 1983, as a winner of the Joseph Maddy Scholarship, Ms. Szlubowska came to the United States to study at the Peabody Conservatory of Music where she received a Bachelor of Music Degree in Performance, and an Artist’s Diploma. She earned a Master of Music Degree in Violin Performance, at the University of Massachusetts at Amherst, and served as a teaching assistant of the world-reknowned concert violinist, Charles Treger. Ms. Szlubowska’s other distinguished teachers included Janusz Szok, Charles Libove and Berl Senofsky.

In the U.S., Ms. Szlubowska has appeared as a soloist with the Mississippi Symphony, North Carolina Symphony, Germantown Symphony, Olympia Symphony, Tacoma Symphony, Bellevue Philharmonic, Beyond the South Chamber Orchestra and many others.

Ms. Szlubowska has collaborated with such distinguished artists as Judith Glyde, Kevin Kenner, Julius Baker, Gerhardt Zimmerman, Harvey Felder, Alex Klein and many others. She has performed in masterclasses for such world-reknowned violinists as Ruggiero Ricci, Henryk Szeryng, Martin Chalifour, Burton Kaplan, Aaron Rosand and many others.

Between 1992 and 1999, Ms. Szlubowska held the position of Assistant Professor of Violin at Pacific Lutheran University in Tacoma, Washington, where in addition to teaching she was the 1st Violinist of the Regency String Quartet. Between 1998–2004, Ms. Szlubowska held the position of Concert Violinist of the Tacoma Symphony and later the La Crosse Symphony Orchestra and was invited to perform numerous concerts with the Minnesota Orchestra under the direction of such renowned conductors as Edo de Waart and Stanislaw Skrowaczewski.

Ms. Szlubowska is one of the founding members of the Trio Appassionato (violin, cello, piano), the Mississippi Fine Arts String Trio, and the Ensemble Polonaise (all-in-one-family quartet). Passion for dance music, especially the tango, drew Ms. Szlubowska toward becoming the Concertmaster of the Tango Rendezvous Ensemble dedicated to performing the music of the Argentinian composer Astor Piazzolla (Alejandro Drago—leader violinist and arranger).